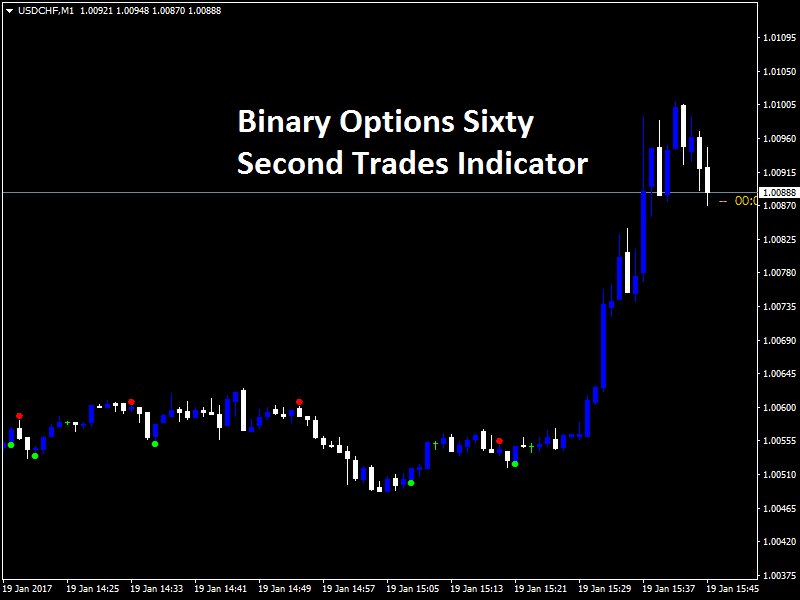 SixtySecondTrades is a very simple signal indicator, which shows us what is required to do: buy or sell. The algorithm of the indicator is closed, but most likely it used the trade standard indicators like ADX (Average Directional Index), but this is only an assumption. Indicator of binary options SixtySecondTrades puts a signal during the current bar on the previous bar, ie the need to evaluate its effectiveness for the next bar, which is somewhat difficult perception. Nevertheless, SixtySecondTrades proved itself well in trading binary options in turbo mode (60 seconds).

In the help indicator SixtySecondTrades I added information ChandleTimer indicator that shows the time before the closing of the current candle. This is in order not to be late with the purchase of the option, as it is quick trades – every second counts.

Rules of trade by SixtySecondTrades Indicator

Better to trade in the most volatile time – the European and the first half of the US sessions.

CALL, when the following conditions:

PUT, when the following conditions: 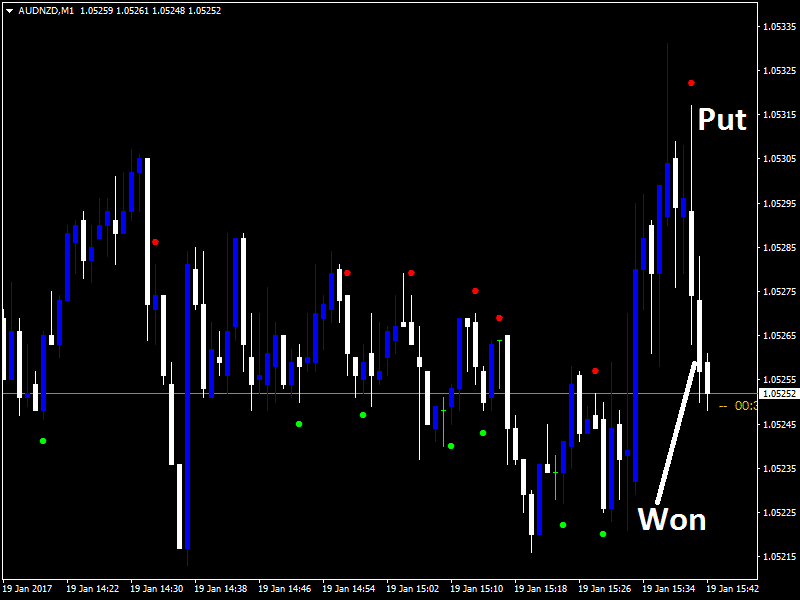 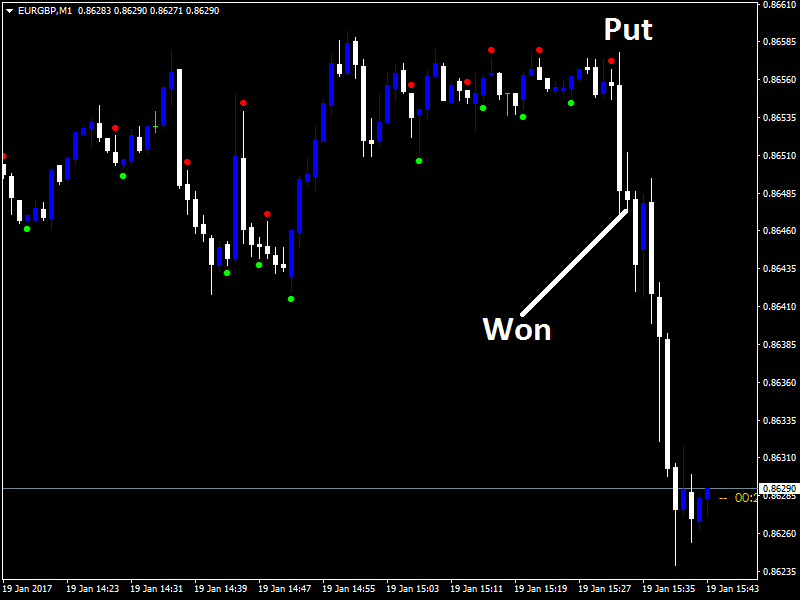