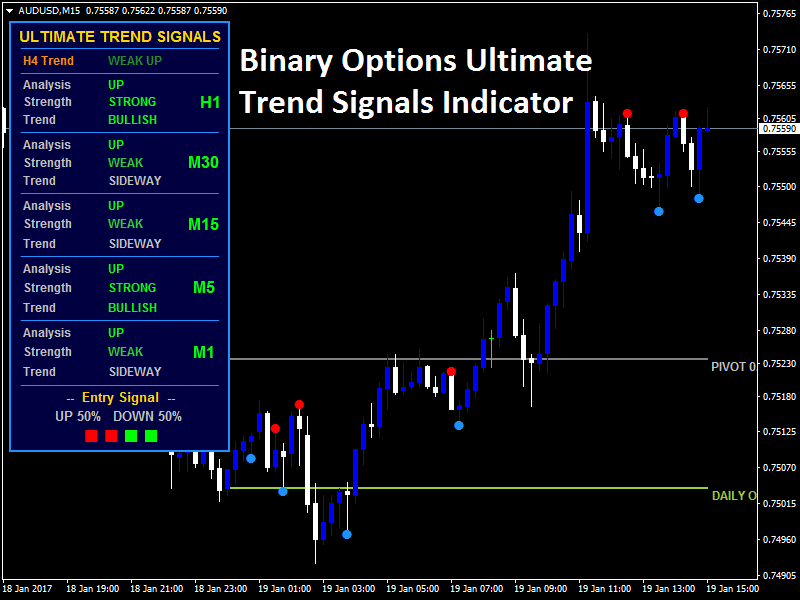 To determine the points of price reversal Ultimate Trend Signals v 2.0 uses indicator Non-Repaint ADX Crossing, which displays the signals for buying options in the form of points corresponding color. In addition, the indicator displays on the graph DAILY OPEN line and the level of PIVOT, which are used in the trade as support/resistance levels.

Characteristics of the Ultimate Trend Signals

Here will be described examples of trade for the M5 timeframe. For other timeframes (M15, M30 and H1) are similar to the rules.

CALL, under the following conditions: 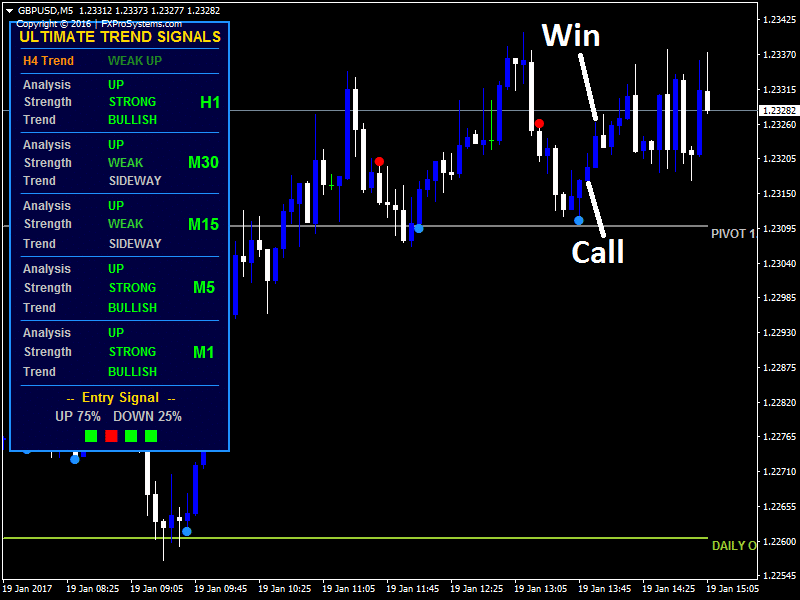 PUT, under the following conditions: 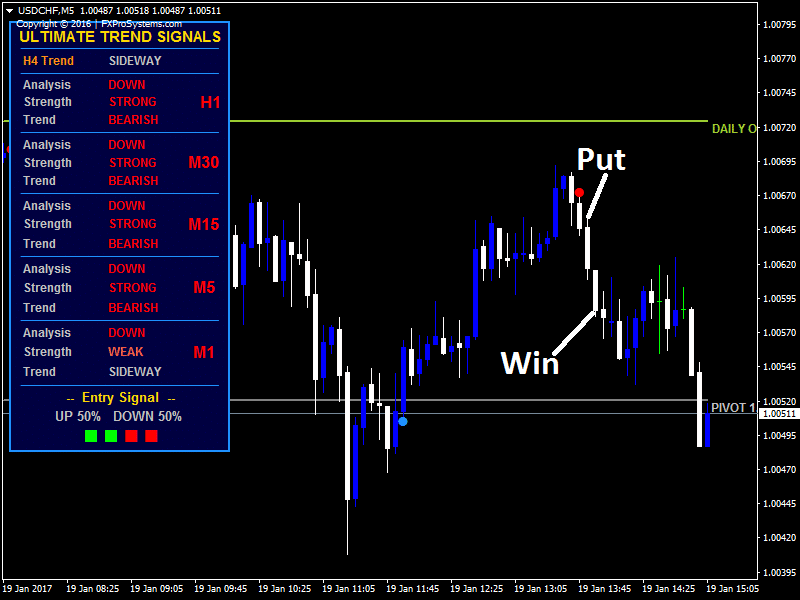